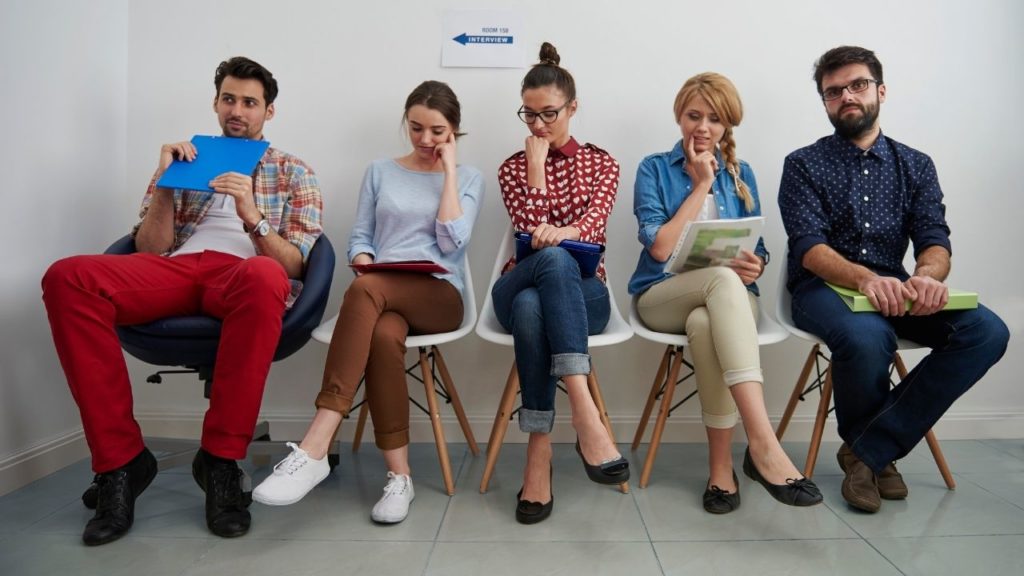 Any company with plans to introduce new products or upgrade established ones must ensure it’s on the right track well before mass production gets underway. This is where concept testing comes in.

It involves presenting a product idea before potential customers and obtaining feedback that would help the manufacturer concerned determine product viability.

Does it have the potential to succeed? Are improvements required? Is pricing right? Is packaging bang-on? Which points of brand communication need emphasizing?

Concept testing can generate answers to these and many other questions.

It could be a simple, cost-effective exercise involving a single product concept statement designed to elicit a response, or a much more elaborate and expensive one, where product samples or prototypes are offered.

As concept testing is designed to obtain feedback, it must include a questionnaire.

Questions should be precisely framed to channelize responses in the right direction (you don’t want feedback that’s irrelevant) and deliver the insights you need.

For instance, you might want to know how your target group (TG) rates your product on a scale of 1 to 10, what it perceives to be its most attractive features, and at what retail price it expects your product to sell.

Responses could even send you back to the drawing board to develop a whole new product concept, significantly different from the one being tested.

Apart from questionnaires, concept testing involves the use of concept cards.

Essentially advertisements without the cleverness, these clearly present the product being proposed, its unique selling proposition (USP), and its price (among other salient features).

Ideally, video should be used for product demonstrations when it’s impossible to carry the actual product around.

Web-based tools are also available for quick early-stage surveys to allow product creators to make improvements and avoid the expenditure that late-stage changes might entail.

When testing non-food items such as gadgets, vehicles, tools, software, home appliances, and so on, ensure that representations (including demo films) accurately reflect the actual product.

When it comes to testing food concepts, samples must be provided if food is the focus of the test and not packaging or logo design, for example.

Briefly described here are four industry-accepted concept testing approaches. Which you choose will depend on many factors, including the type of product you’re testing, the size of the focus group, the geographies you wish to cover, and time constraints.

Answers could be weighted according to the importance of various parameters to give the researcher a clearer understanding of the TG’s mindset.

Monadic testing could involve more than one focus group, with everybody being asked the same questions. The larger the number of people involved, the deeper the insights gained, and the higher the expenditure incurred.

2) Sequential monadic testing is done for various concepts, chosen randomly. Several focus groups are used, and each is asked to react to the same set of concepts (though the sequence of the concepts presented is deliberately varied from group to group).

Sequential monadic testing is ideal when there is a budget limitation, and multiple concepts need to be tested.

Since each focus group is exposed to all the concepts, it needn’t be very large to obtain meaningful feedback.

And since multiple concepts can be tested in a single round, much time is saved. However, as each group must consider many concepts, it might have to deal with lengthy questionnaires.

This could lead to boredom and fatigue, which in turn could adversely affect the quality of responses.

3) Comparative testing has respondents comparing two or more concepts against a common set of parameters and choosing a winner.

Comparative testing is a good way to test the waters in the early stages of product development, but beyond helping management choose a particular path, it has little use.

4) Proto-monadic testing is done to determine whether the results of the comparative test are compatible with the responses received in sequential testing.

In other words, if a particular concept is preferred, the responses related to it in sequential monadic tests should support that preference. Proto-monadic is a way to validate the received data.

Concept testing must involve focus groups most representative of your product’s TG.

When focus groups are not used, freelance researchers may be employed to conduct door-to-door interviews in pre-determined neighborhoods.

If the research needs to be on a state or national level, e-mailers could be sent out soliciting feedback (perhaps with rewards offered to those who respond). Concept testing could also be done on social media platforms, the depth of the test determining which platforms to use.

Although LEGO has always positioned itself as a gender-neutral brand, it has attracted more boys than girls to its products. Acutely aware that girls comprised less than 10 percent of its customer base, LEGO embarked on extensive marketing, preceded by in-depth concept testing, to get more girls to buy its products.

Four years of research covering 4,500 girls (and their mothers) revealed that girls, unlike boys, were more interested in environments and detailed interiors than just stand-alone figures.

In response to this preference, LEGO created a girl-focused range of environment construction sets under the ‘LEGO Friends’ name brand in 2012. The sets were marketed with five new realistic female characters named Stephane, Mia, Olivia, Emma, and Andrea.

Girl customers had a choice of building a pop star’s house, recording studio, limousine, TV studio, dressing room, and tour bus; a giant treehouse; a cupcake cafe; a hair salon; and a supermarket, to name a few construction sets.

Though the toymaker was criticized for being sexist by promoting stereotypical “girlie” interests, LEGO’s net profits rose 35% soon after the ‘LEGO Friends’ launch, and the company increased the value of its construction sets for girls to $900 million by 2014.

An April 1, 2003 article in The Economic Times speaks of Cadbury India successfully testing and launching its “Heroes” brand–essentially an assortment of select Cadbury brands in smaller sizes.

As part of the pre-launch concept test, the company distributed 200 “Heroes” boxes to families across the socio-economic spectrum to gauge the response of a wide range of individuals, publicize its range, and broaden its appeal beyond children, its core consumer base.

Besides customer-focused concept research, Mondelez International (the name behind the Cadbury’s brand) does in-house product testing at the earliest stage of product development.

Chocolate tasters are employed to identify the taste, texture, smell, and “feel” of chocolate and cocoa drink varieties to help the company “perfect [its] recipes for chocolate lovers,” as the Mondelez online news desk puts it.

In 2008, Kellogg’s launched the Crunchy Nut Bites to offer consumers a new flavor and texture. An extensive 4-stage study preceded the launch.

Food developers at Kellogg’s first examined trends and innovations in the cereals market before coming up with original food ideas. In stage two, these ideas were presented to focus groups and discussed at length, which led to new food ideas emerging.

In stage three, the food concepts were quantitatively tested with a large representative group of customers. Four new prototype recipes were developed based on the highest rated food idea and further tested.

In the fourth and final stage, the new product was put through Kellogg’s “In Home Usage Test,” where select consumers were given the product to try for a couple of days and then asked to answer a questionnaire to rate their experience with the product and indicate their willingness to purchase it.

The Atlantic described Doritos Locos Tacos (DLT) as “a miracle of modern engineering” when the product was launched in 2012.

At the start of the process, care was taken to ensure that the shell offered the crunch, taste, and texture of the classic Doritos chip.

More than 50 prototypes of the shell shape were developed and tested before the rounded variant was chosen as it could contain more of the tasty filling without spillage.

Furthermore, various shell prototypes were tested with consumer groups to see if the company had been able to replicate the signature Doritos color, coating, and flavor after shells had been through baking and frying.

Given the effort put into its creation, it’s no surprise that DLT proved a stupendous success after its launch. One hundred million DLTs were sold in the first ten weeks, and one billion less than three years later.

The innovative Ergo Spout was designed by Kate Hansen and her husband, Bryce. It is essentially a handle-and-spout contraption that fits over the mouth of any mason jar, thus turning it into a convenient pitcher.

The Hansens used a 3D printer to create a prototype of the product, which they tested with potential customers.

After receiving feedback on look and feel, they worked on improvements and tested several more versions of the product with different groups, before they decided on a design to run with.

The Hansens launched a successful Kickstarter campaign that eventually raised $40,000 to support the launch of the Ergo Spout.

In a March 13, 2015 article titled “Testing the B-Ready concept for Nutella,” Insites Consulting describes the pre-launch testing that was done for B-Ready, a Nutella-based product.

The research firm began by sounding off the product concept with select consumers and then inviting respondents who were positive or neutral towards the brand to try out Nutella B-Ready at home for two weeks.

The consumers were then asked to answer a questionnaire, thus providing feedback that helped the research team better understand consumer reactions to the B-Ready concept and confidently promote a winning food creation.

Concept testing is a key phase of the product development process. It yields information that helps companies make improvements in their products and thus improve the odds in their favor when they launch into the market. Concept testing modules are designed mostly to serve limited objectives, but the information they generate can nurture databases to serve long-term goals. 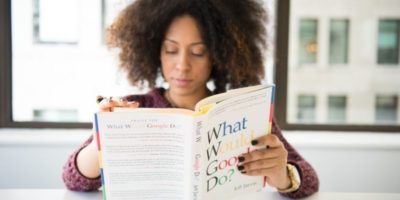 As a small business, you should know that advertising for common keywords that searchers use to look for products or services isn’t the only way to use Google Ads. 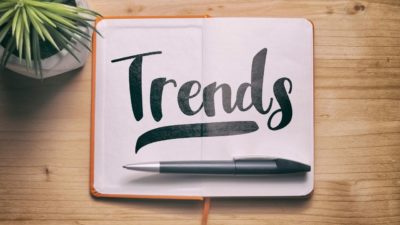 How To Use GOOGLE TRENDS To GROW your Affiliate Business

In this video Nick shows you how to grow your affiliate website using keyword research discovered in Google Trends. 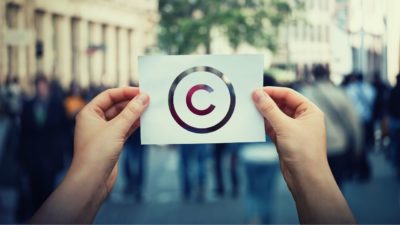 The Easiest Ways To Check If An Image Is Copyrighted!

It behooves any online content creator to figure out exactly how to search for copyrights for images online – making sure you do not accidentally infringe anyone’s licensing.