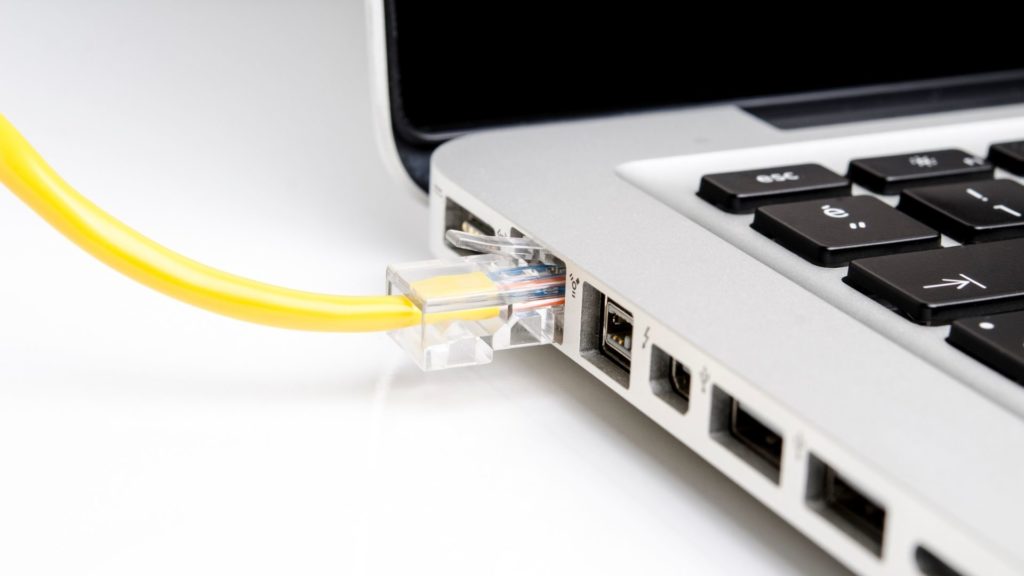 Ethernet or Internet: What’s the difference?

Ethernet and the internet both sound very similar and can often be used in media interchangeably. So it’s no wonder that there’s confusion about what these terms actually mean and whether or not they’re referring to the same thing.

What is the Internet?

The internet is an expansive worldwide system that connects computers globally. This network may also be referred to as a Wide Area Network (WAN).

Ethernet refers to a system that connects two or more computers in the same physical location. Ethernet can also be referred to as a local area network (LAN).

When differentiating the two, at the very basic level all you need to remember is that ethernet is a local network while the internet is global. However, there’s more to it than just that, and in fact, each network has its own pros and cons for certain purposes. Let’s take a look:

Ethernet is connected using a system of wires. Typically you will have wires installed in your home or workplace that connect directly to the provider (think setting up your home internet). This wire is then connected to a modem or router or directly to your computer.

The internet, on the other hand, is mostly considered to be a wireless connection between computer systems worldwide. This is mostly done by using TCP/IP which is a model and communication protocol that allows computers to communicate with each other on a global scale.

Ethernet or a LAN connection is the more secure of the two systems; it is a closed network where external devices have little to no access. On the contrary, the internet allows access to all which means all data exchanged over the internet can be available to anyone who wants it.

In general, you do not need to take any extra precautions when using ethernet as unauthorized access is easily restricted. However, when using the internet you should be extra vigilant and make use of the proper security programs and systems to avoid accessing or sharing private data.

The internet, in theory, is not managed by anyone or anything. While there are policies and agencies in place to try and manage certain aspects of the internet, it is beyond the control of administrators.

Ethernet, however, is typically managed by a single (or multiple) administrator(s) locally. In the case of a workplace LAN, this is often the IT department and/or CEO/business owner. The administrators can control who has access to the network as well as the data being exchanged.

When to Use The Internet

The major advantage of the internet is obviously its ability to connect to multiple systems and locations in the world. So, when you need to have connectivity outside of one physical location the internet is the best choice.

Using the internet allows for a Wi-Fi connection across multiple devices in many locations all at once. For example, if you need to send something to your tablet at home from your work, or you need to send a document to print at an outside location.

When to Use Ethernet

Ethernet is helpful when the majority of your connections are in one physical space – like your workplace or home. Ethernet connections, since they’re local and only accessible to those who are granted access, allows for greatly improved download and upload speeds.

Ethernet is also a popular choice for multiplayer gaming as connecting by LAN can improve speed and reduce lag. This is where the phrase “LAN party” originated – when people would bring their computers to one physical space and connect to a LAN to play video games together with decreased latency.

Additionally, ethernet is an option, in many cases, when there is no access to Wi-Fi and when connections require a higher level of security.

In summary, the internet is a vast global network (or Wide Area Network/WAN) that encompasses a staggering amount of computers and networks, while ethernet is a local network (LAN) connecting computers and devices within a close physical space (like a home). 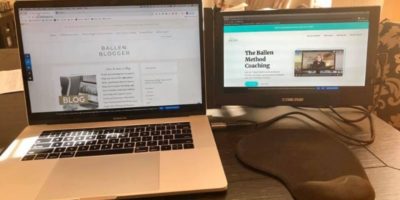 I love my Sidetrak laptop monitor. It clips on to the back of the MacBook pro with 4 magnets. Save 5% on your Sidetrak order by using coupon code LORIBALLEN.