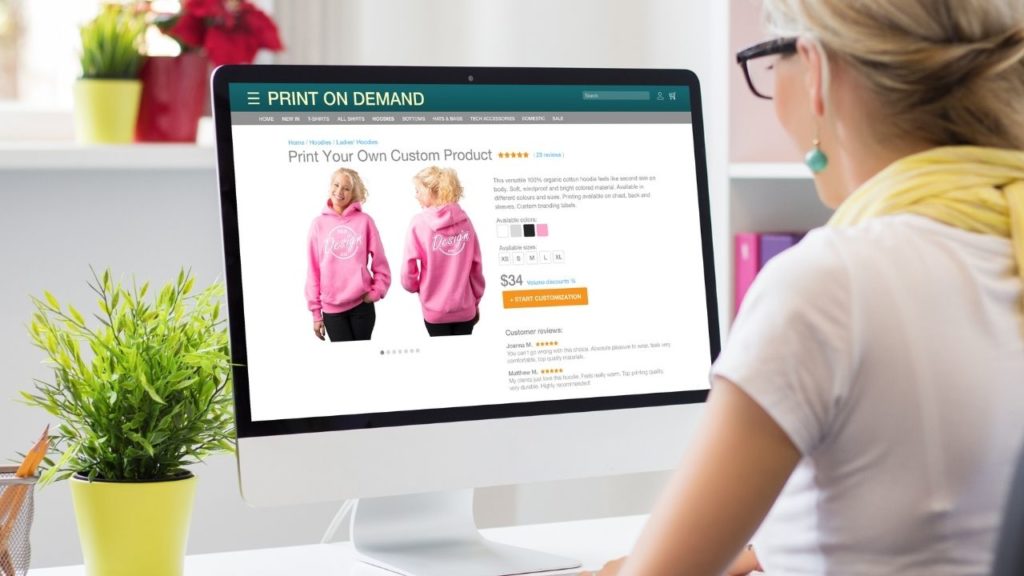 Two of the most popular independent art marketplaces are Society6 and Redbubble. Both offer (relatively) secure storefronts and decent product choice and artist payment, but they cater to different artists and consumers. They each have their problems as well.

Independent art is more widely available online now than it ever has been before. With the introduction of free individual marketplaces, artists can directly sell various products with minimal expenses.

Read on for a comprehensive comparison of Society6 versus Redbubble.

Both Society6 and Redbubble are what are known as print-on-demand sites. These are sites that allow users to upload customized designs to their profiles. These designs can then be applied to various stock products, ranging from stickers to blankets to wall art to travel mugs and many more.

Society6 was founded in 2009. Its founder, based in Miami, was frustrated that she couldn’t find a way to sell her art to the public without paying expensive exhibition fees. So, she created a site that lets artists freely share their work and be adequately compensated for it.

Society6 now has a userbase of about 350,000 independent artists creating hundreds of thousands of designs for roughly 100 different kinds of products and selling to more than 4.5 million site visitors. There isn’t a lot of information about where their customers are.

Started in Melbourne, Australia, in 2006, Redbubble was designed to “give independent artists a meaningful new way to sell their creations.” They pride themselves on supporting the more outlandish, unusual, and colorful art options.

Redbubble now has over 700,000 unique artists selling on the platform, who’ve collectively earned more than $100 million since the site’s creation. They have more than 4 million customers a year across 200 countries.

The difference between Society6 and Redbubble for customers is pretty minimal. The sites have different layouts, with Redbubble focusing on featuring product types while Society6 focuses on highlighting individual artists.

Most of the products found on Redbubble will be animation or cartoon designs, with some graphic and fine art on display. Society6 sees quite a lot of modern or high art designs.

Redbubble’s products are primarily accessories and clothing. Society6 sells clothing as well but mainly focuses on home décor and wall art. Overall, though, there are more product options on Society6.

Overall, the pricing on Redbubble is significantly lower than on Society6.

Society6 and Redbubble for Artists

For artists, the differences are significantly more dramatic. They can have a significant impact on revenue and growth.

Rights to Your Art

Both sites let you retain full rights to your work. Redbubble specifies that they act as a third party that connects artists and product manufacturers, so they only claim rights over the servers used to host the shops.

Society6 claims license only to display and distribute artwork.

Art theft is a common problem on both sites. Bogus accounts will steal pictures from artists on Twitter, Instagram, or even other accounts on the site and resell them for a significantly higher price.

Redbubble has taken steps against art theft by implementing a watermarking system. Unfortunately, reporting the still-common occurrence is unlikely to get you anywhere. Their legal department is remarkably slow to respond to DMCA responses and artist complaints.

Society6 may go too far in the other direction. If any design on an artist’s shop is found to violate their copyright policies, the entire shop will be closed, and the account will be suspended.

Any payments to the artist on any of their work – not just the reported pieces – will be considered void. This action is problematic considering the touch-and-go quality of theft reporting they have.

Both sites are relatively easy to set up shops on. Redbubble has been reported to be a faster setup process, while many artists favor Society6’s customer-facing design.

For both sites, the payments you receive are considered commissions earned on third-party sales. Payments are split between the artist, the website, and the product manufacturer.

Redbubble lets you decide your price up from a base covering production costs, allowing you to pocket the profits.

With Society6, the site sets the prices and gives you a flat 10% of each transaction. The exception to this is for art prints, which you can customize the pricing for.

You’re paid regularly by direct deposit through either site. Redbubble pays out between the seventh and tenth of each month after sales meet a certain threshold.

Society6 doesn’t have a minimum sale requirement, and they pay on the first of each month. But they do have a 30-day grace period between sale and collection.

Analytics are essential for understanding which of your products is selling well and who your customers are. Implementing them as a feature of any online marketplace makes selling there more convenient.

Redbubble offers analytics on your products and store.

It shows your earnings over time, as well as your best-selling designs and products, as well as how customers are finding your shop.

At the moment, Society6 doesn’t offer any kind of analytics for their artists. They also don’t offer integrations for Google Analytics, which can make tracking your sales difficult.

Overall, as a customer, you’ll find more variety on Redbubble than you will on Society6. You’ll also find better prices on Redbubble, so it’s the most logical choice.

As an artist, though, the choice is more complicated. Society6 is an excellent, lower-risk site for traditional artists but may be challenging to maintain because of the strict copyright policies.

Redbubble is an excellent site for graphic artists and animators but is riskier because of the high rates of art theft.

If you’re going to sell your art online, you’ll want to pick the service that best matches your needs. Each site has its strengths and weaknesses.

It’s up to you to pick which one best serves you to make your dream career a reality. 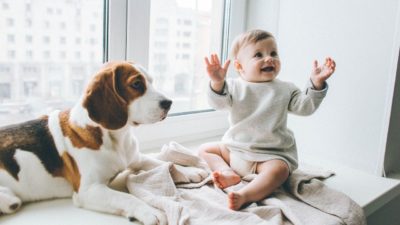 If you thought that Amazon was simply a place where people go for eCommerce purposes, you are shocked. 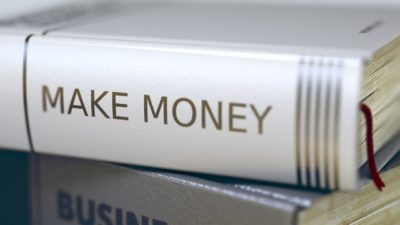 7 Of The Best Books On How To Make Money

There are proven best-sellers who have penned their thoughts and written books that offer guidance regarding how to make money. 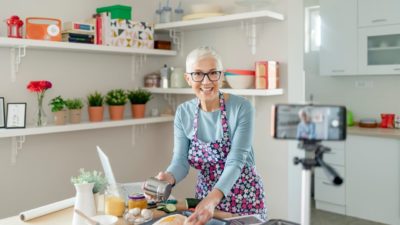 The five different ways to make money with video tutorials are through affiliate marketing, paid advertising on Youtube or other sites, services, digital products, sponsors.